We create an IT sector interconnection. We involve people, companies, schools and institutions.

Košice IT Valley is an association that since 2007 has been contributing to the development of the entrepreneurial and innovation ecosystem, with a special focus on the IT sector in the Eastern Slovakia region. The strategic importance of this sector is underlined by the fact that it employs the largest number of people of all other sectors in the region. In order to improve the economic performance of Eastern Slovakia, the association decided conduct a survey of the state of human resources, which constitute the basic pillar of the IT sector.

In order to keep established companies in the region and subsequently to ensure their further development, it is necessary to create conditions that will increase the attractiveness of Eastern Slovakia for domestic or foreign investors, who largely perceive the prospects of their success through quality and availability of human resources.

“In order to develop local companies and simultaneously attract new ones, it is essential to have a general knowledge of the local labour market. This means knowing which are the most used technologies, which are the most filled jobs or, on the contrary, which positions are difficult to fill in the long term. In Košice IT Valley we do our best to create conditions for the development of local companies as well as to increase the investor attractiveness of the region”, describes the association’s mission its director Ms. Miriama Hučková.

The research published by the association aims to reflect a comprehensive picture of the overall demand for human resources with a focus on IT in the Eastern Slovakia region.

23 subjects participated in the analysis, in which we examined 8 job positions involving more
than 3,200 employees. “The result of these activities should be, among other things, a real link between the education system and the real needs of practice. All stakeholders naturally benefit from the connection that the Košice IT Valley Association is able to mediate”, says Juraj Girman, Chairman of the Board of Directors of the Association.

The results of the survey showed that this topic needs to be addressed in a long-term and systematic way. Thanks to the experience gained from this survey, the Košice IT Valley cluster was already working on several improvements at the time of preparing the report, so that it would be able to provide even more useful insights and outputs in the next report.

“Given the experience gained from the pilot survey, we are already focusing on preparing improvements that we plan to apply in the next survey in this area. We are also working on an even more significant expansion of our respondent base and professional cooperation with their HR teams”, specifies Mária Šurimová. The anticipated release date for the next report is July 2023. The research shows that up to 50% of the selected distribution of job positions are software engineers – programmers, of which up to 37% use Java programming language. However, the results also confirmed the assumed hypothesis that there is currently lack of data experts.

“From the results of the data, we were also pleased with the numbers that speak of the representation of women in the information sector technologies. Compared to the European and Slovak average, it is relatively high, up to 26.4%,” adds Šurimová. Košice IT Valley will make available the pilot survey results not only for interested companies, but also for the general public (selected parts of interest).

“We will offer our outputs together with expert advice to our members and participating companies as a useful basis for their HR teams. At the same time, however, we will also provide some of the outputs to the general public as part of our mission to help spread awareness about the IT world,” concludes Miriama Hučková, the association’s director. 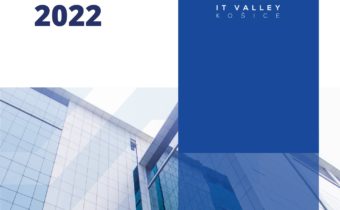 ICT Košice 2022
18. January 2023
Košice IT Valley conducted a survey of the human resources situation in the IT sector
Activities 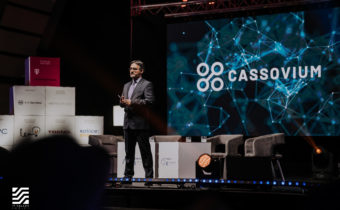 EDIH CASSOVIUM
9. January 2023
The first system solution to support the digitization of small and medium-sized enterprises and public institutions in eastern Slovakia.
Uncategorized 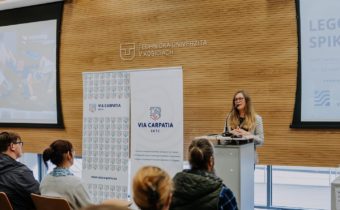 Lego Spike Day
29. September 2022
Education has been one of the main priorities of our association for 15 years.
Activities 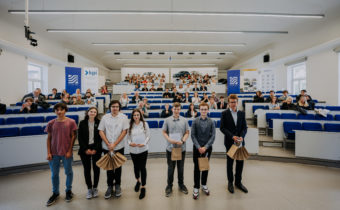 Lab IT Creativity Finale
28. September 2022
We awarded three winning projects of students of grammar schools in the Košice region.